Surrey-born Vincent Kamp is acknowledged as one of the UK’s most evocative and exciting new artists. Fascinated by the dark, gritty underground world of urban subculture, his paintings delve beneath the surface of social class. Heavily influenced by cinema, and storytelling, he often writes a complete screenplay before setting out to cast characters for his paintings. Recently he wrote, produced and directed the short film ‘Queen of Diamonds’, starring Georgia May Foote and Tamar Hassan. Following on from which, he created the Queen of Diamonds series of paintings.

His recent exhibitions include Diamond Roulette at the Ritz Casino London, his Barbershop-inspired ‘Fear

And Loathing In East London series’, ‘Inspired Lives’, a celebration on the pianist/songwriter Ruben James, and ‘The Long Game’ - an interactive solo show

comprising of thirty paintings, depicting a gangland poker game that ends in an explosion of violence. 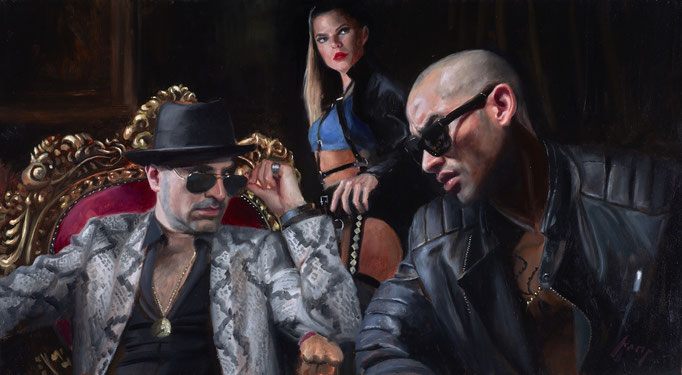 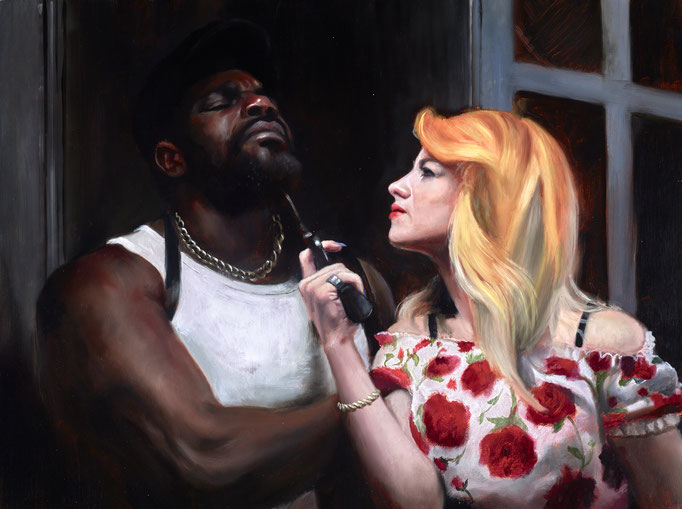 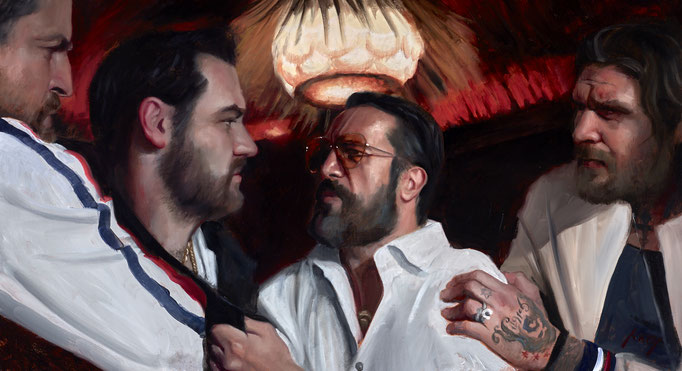 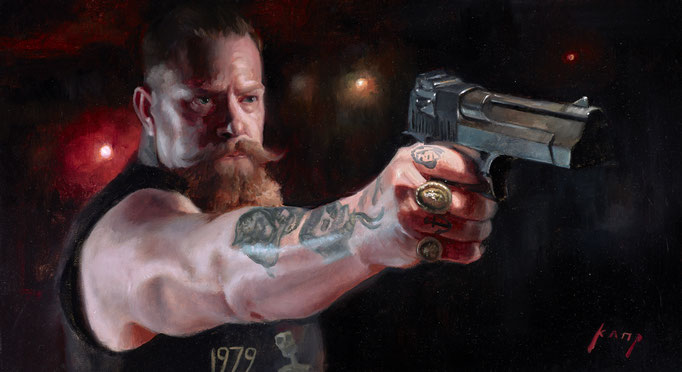 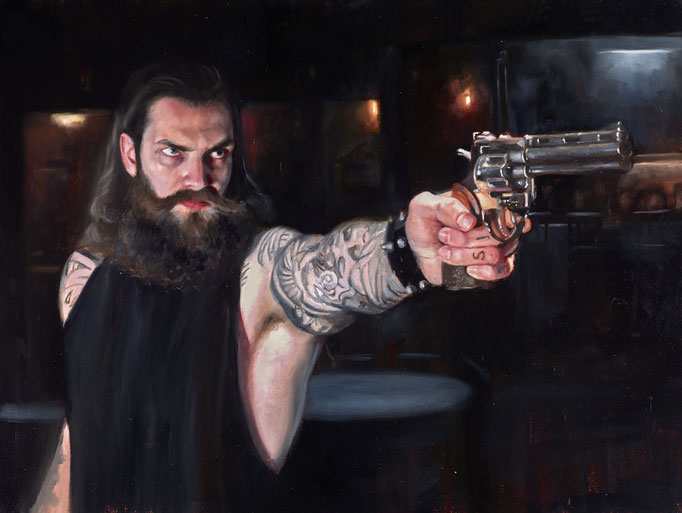 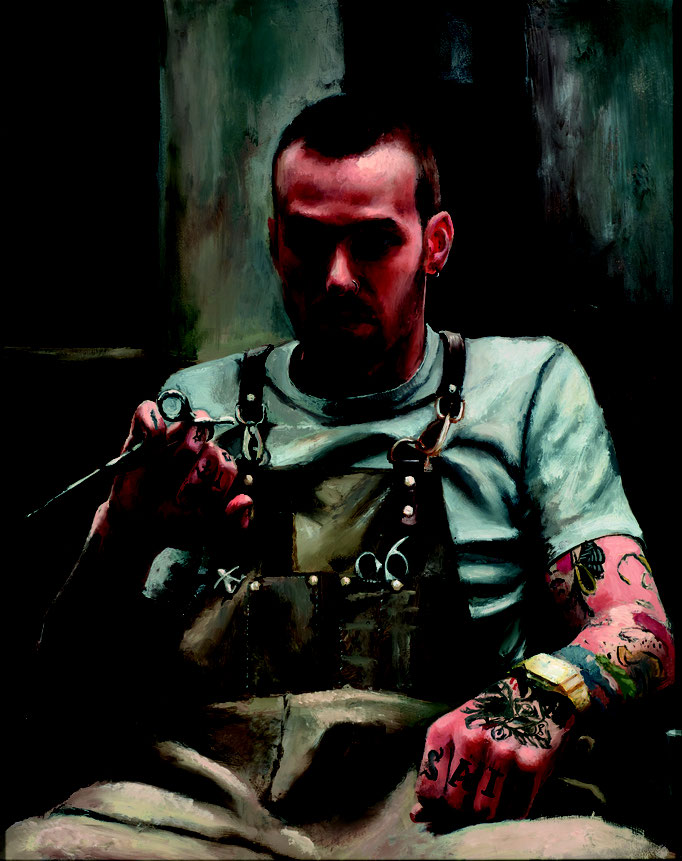 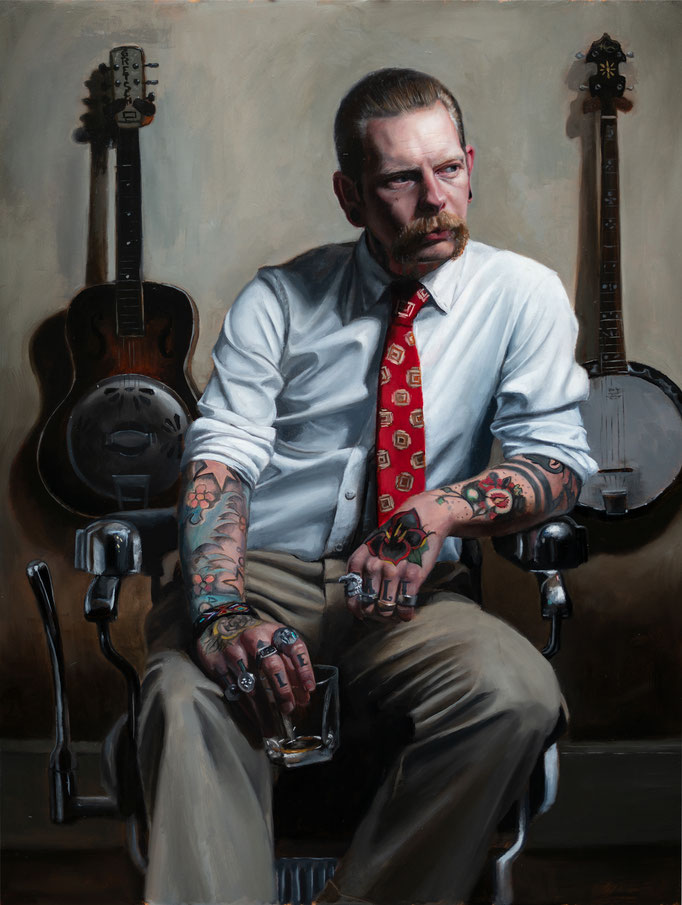 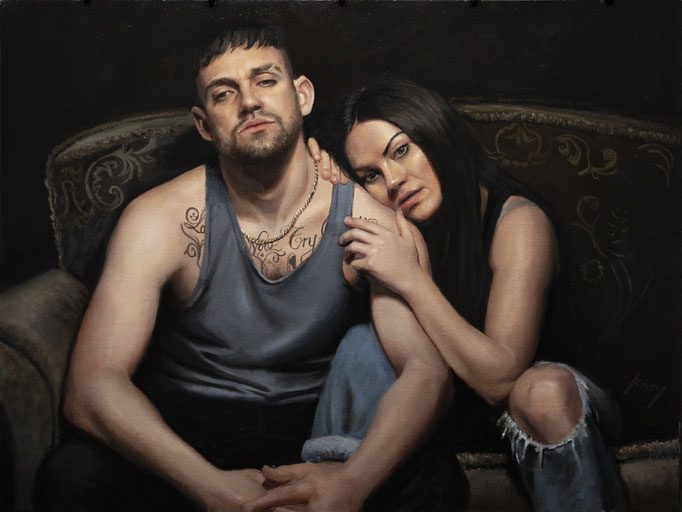 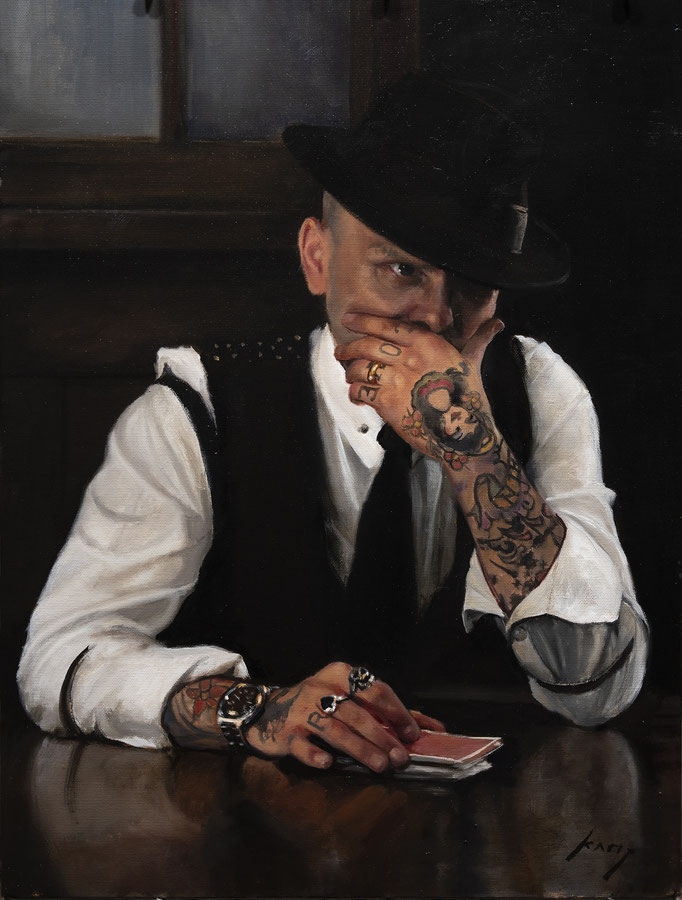 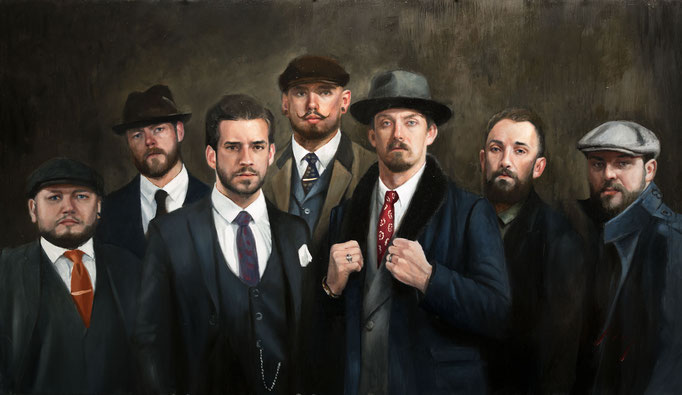 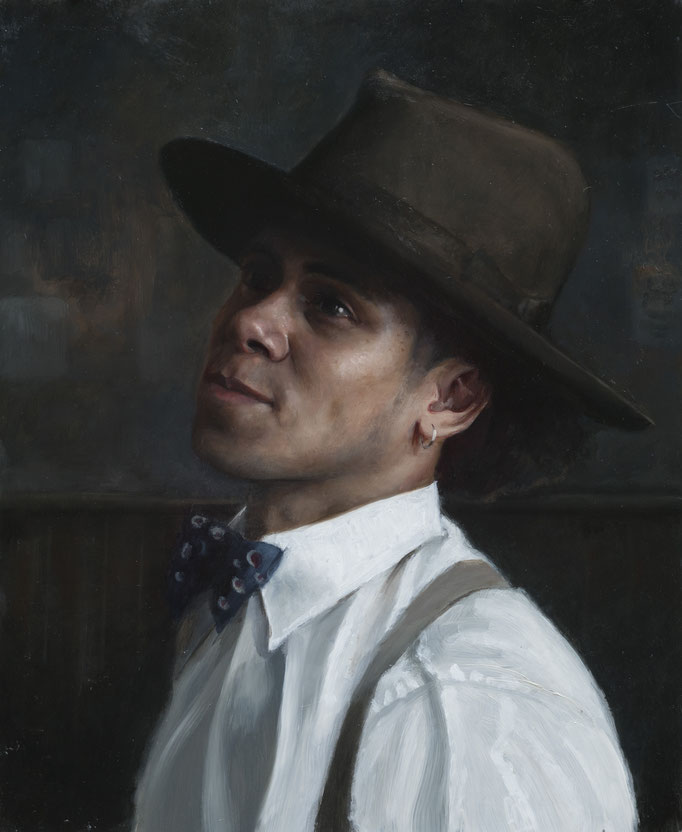 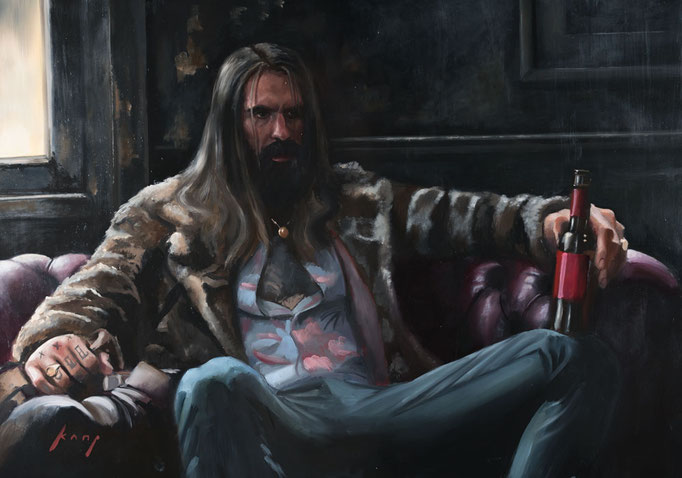 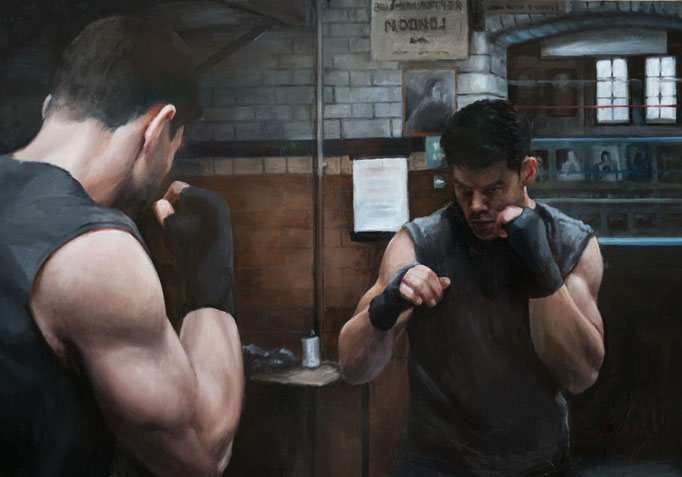